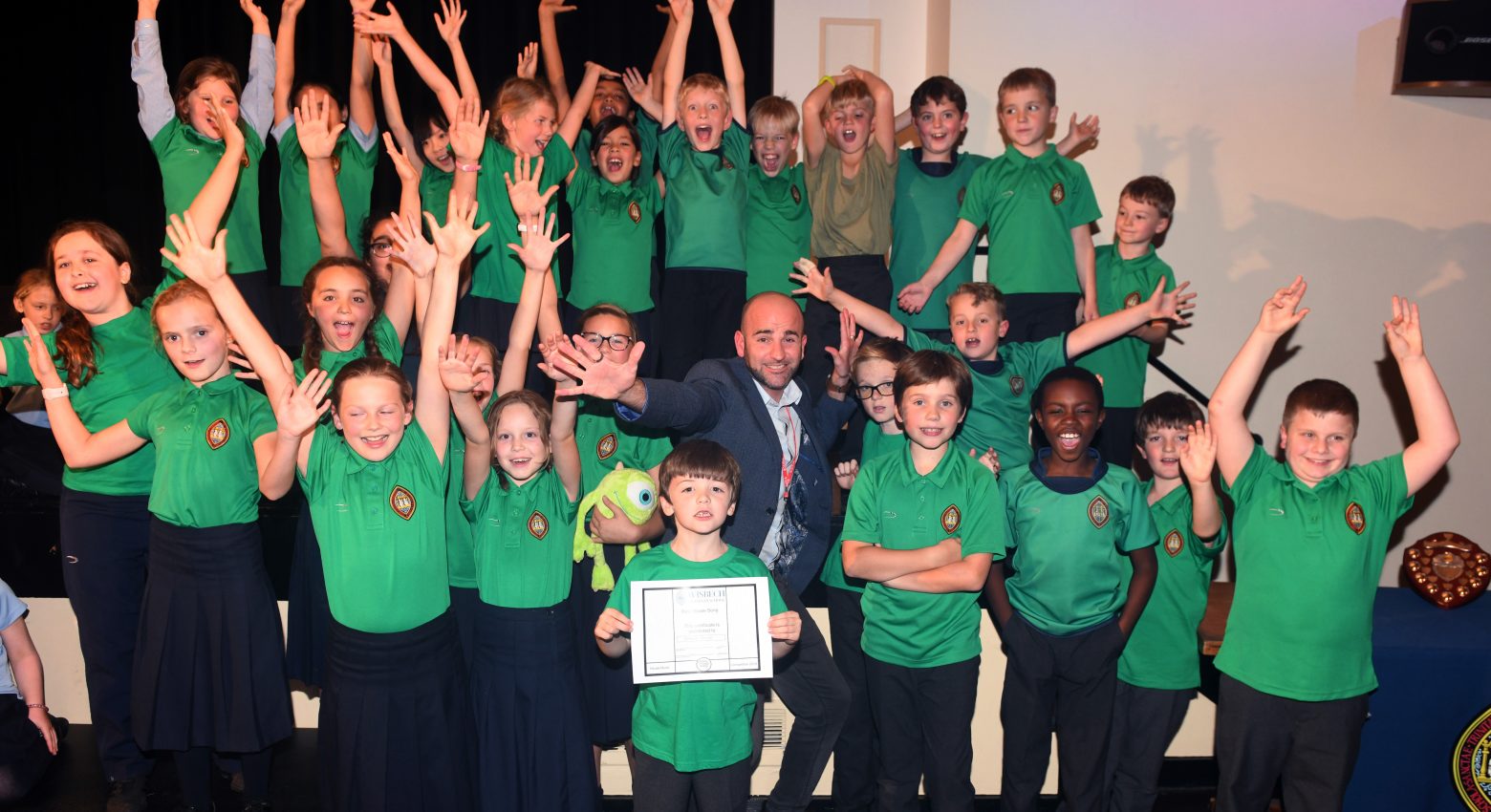 This year’s House Music Competition took place on Monday 14 October. All pupils in the Senior School were off timetable for the day and the renowned conductor and choral director, Dominic Ellis-Peckham, was invited into School to assist each of the four Houses to prepare their House song.

Each House had prepared in advance of the day, led by their Music Captains: Clarkson under Gaby Ayling presented “Shut Up and Dance”; Holmes with Faye Thompsett prepared “Hey, Soul Sister”; Peckover performed “Don’t Stop Believin” with Ursula France and Sparks chose “This Is Me” led by Ross Clarke, Sam Landles and Will Gowler. Each house had an hour with Dominic to work on their performance, focussing on breathing, vocal quality, and overall presentation. During these sessions, Dominic spotted some star performers who were given solos within the songs. Dominic was hugely impressed with the leadership skills of the Sixth Form pupils and the willingness of all to work together as a team to put in their best performance.

In the afternoon Dominic adjudicated the Lower and Middle School Solos. The standard was high and every performer did brilliantly but first place for the Lower School was awarded to Tom Williamson (Peckover House) for his virtuosic performance of Squire’s “Tarantella” on cello and to George Ayling (Clarkson House) in the Middle School for his impressive and musical rendition of “Sonata” on clarinet. 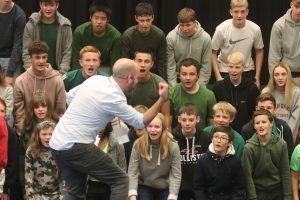 For the first time ever the Prep School was involved in the House Competition. Each of the four Houses had prepared a song from their forthcoming production of “The Lion King”. Clarkson sang “I Just Can’t Wait To Be King”, Holmes gave us “Hakuna Matata”, Peckover performed “The Circle of Life” and Sparks, “Can You Feel The Love Tonight?” Sparks was awarded first place for their powerful performance.

In the evening the Russell Hall was once again full to capacity, with pupils, staff, and parents. The adjudicator’s first, near-impossible task was to select a winner in the Upper School Solo Class. Faye Thompsett was given the top place singing “Once Upon A Dream”, which drew the audience in with its strong storytelling. All four ensembles were impressive and polished – Clarkson’s “High hopes”, Holmes’ “Shallow”, Peckover’s “Gravity” and Sparks’ “Tear in my heart” all offered something different, but Clarkson won first place.

The evening came to a close with the four massed choirs in the House Song. There was much to commend each of the performances. It was clear that the House Music Captains had rehearsed each choir well and they had all taken on board the advice given by Dominic during the day. After much thought, the award went to Sparks for their rousing rendition of “This Is Me” from ‘The Greatest Showman’. As in previous years, the points were very close, but it was Sparks who triumphed being crowned overall winners of Best House in the House Music Competition 2019.  Well done to all involved – pupils and staff alike. Everyone had a great experience, working with and learning from Dominic Ellis-Peckham. 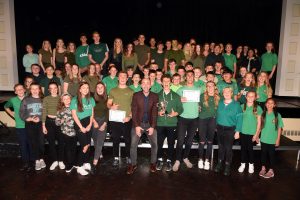 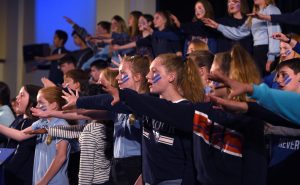 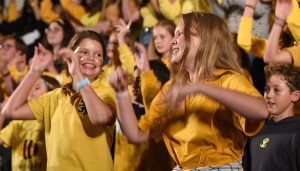 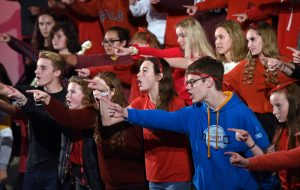