home > Calendar & News > Latest News > Uncategorised > A win of 29-28:  The perfect end to a very busy and successful week for the 1st team.

The team went into this match feeling very well prepared and confident, following their win on Saturday and training session with Nat Panagarry on Monday. We knew it would give us the opportunity to try out some of the skills and tactics she had developed with us, such as centre passes, getting free and defending. 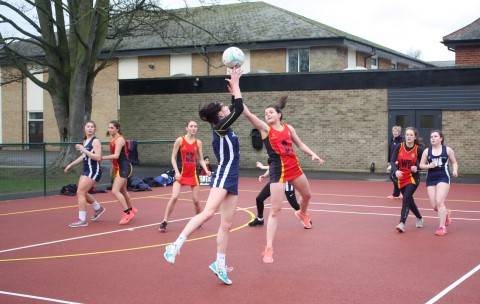 St Neots were not to be underestimated; they were a very tall team with some extremely talented players. They had come second in the County tournament in October and were going to the regional finals this Saturday. We knew this would not be an easy game.

Despite a slow start and having to adapt to the windy conditions, we got into our stride towards the end of the first quarter. It was a physical game where the girls had to contest for the ball and their space, but we did move the ball into the D well and found both shooters quite easily. Although we were 2 goals down by the end of the first quarter, we knew what we had to do; control the ball and offer for the short, sharp passes and try to keep the opposition Centre and Goal Attack under pressure and playing a slower game.

The second quarter was better in terms of possession and we made fewer errors resulting in turnovers. Their defence gave away lots of obstruction fouls and we continued to shoot well from these. Hetty put pressure on their C, who became more indecisive, but they still found their GA under the post with ease. Katy and Annie took some important interceptions and WD put arms over 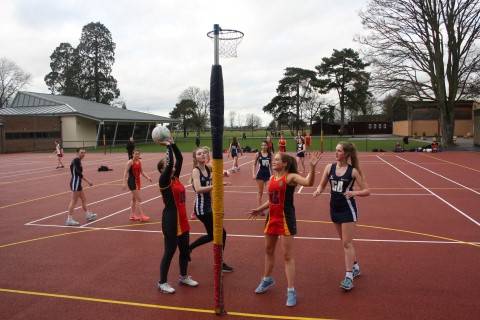 pressure on down court.

At half time the score was 14-14 and this goal for goal play continued through the third quarter . We played some excellent netball, although we made some passing errors which could have been avoided. Although we won the ball from their centre passes, we did waste possession and sometimes forgot to adapt our play to the height of the opposition. At 3/4 time and at one goal down, we knew we had to go out and fight hard for 12 minutes. Hetty talked to the team and spurred them on for the whole time. I could hear everyone praising any tips, interceptions and the goals that didn’t even touch the ring. Everyone went for every ball and like they had been told on Monday, even one touch can have a knock on effect and win you the ball back down the line. Under a great deal of pressure, our attackers kept the goals going and the defence worked hard to deliver it to them. Hetty took an amazing interception that really turned the game for us and 1 minute from the end at one goal up, we used the lesson we had learned the hard way against Ratcliffe. We played the ball around and ran the clock down, sealing our victory. 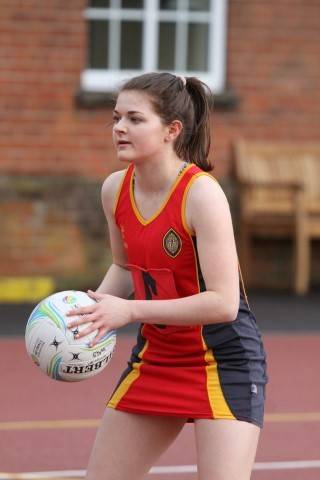 It is safe to say that this performance and win was the perfect end to a very busy and successful week for the 1st team. They have come so far since the start of term and if we can beat a team playing at Regional finals, we should feel very proud of ourselves and confident for the remainder of the season.

Like with any sport and any team, there are always parts of our play to improve upon. But what these girls have achieved in 2 weeks is testament to their positive approach, team work and love of the game. The player of the match was the captain, Hetty Beckett. She had an outstanding game and led from the front for the whole game.

We look forward to our match against Wymondham College.