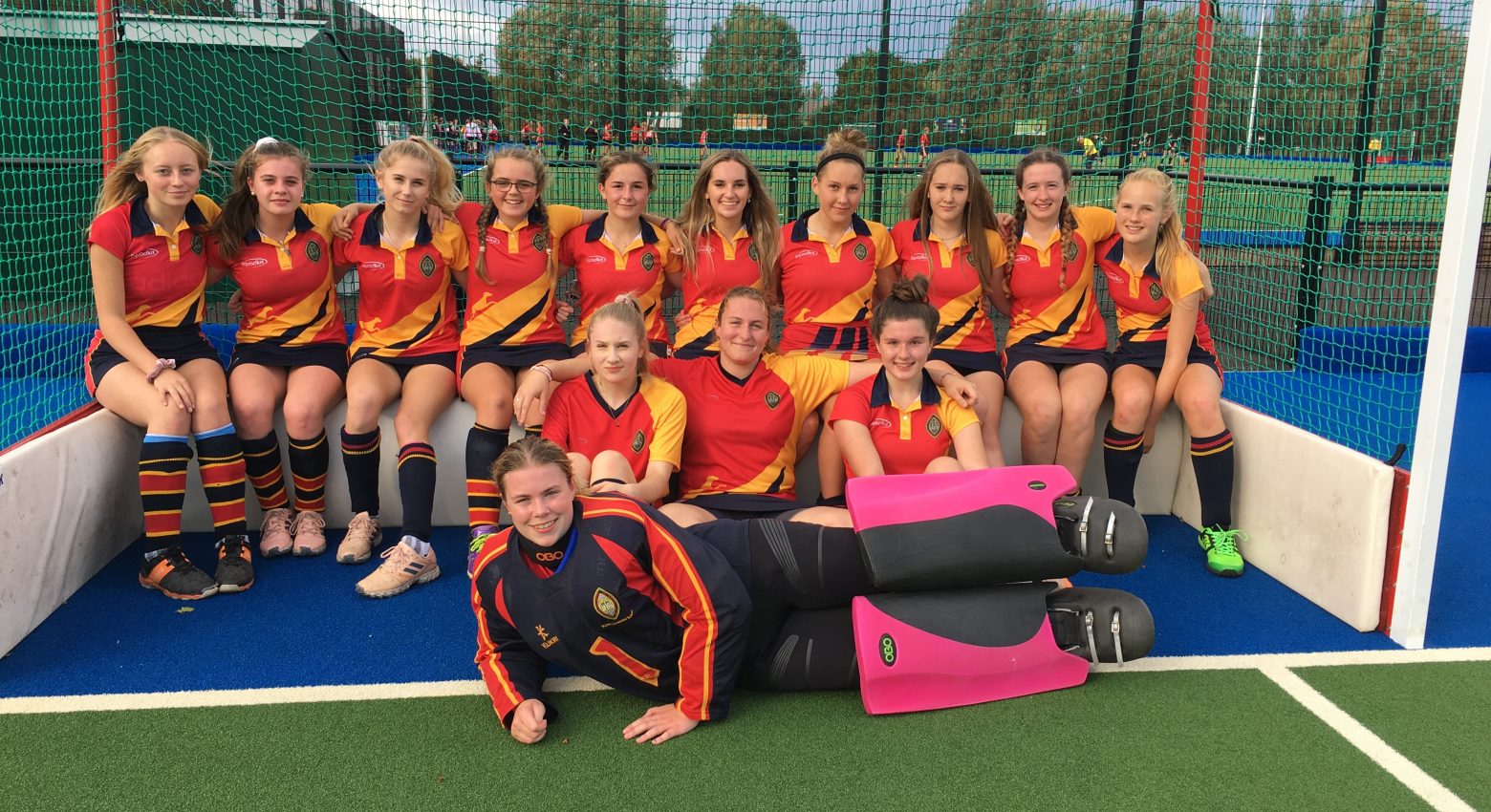 Congratulations to the team who first played against Kimbolton and although WGS went 1 – 0 in the first 6 minutes they dominated the game and managed to pull back the score from a short corner, with an incredible shot by Issy Oldershaw – Ellis (Spalding) at the top of the circle. After the interval, the WGS girls settled and started to play some good interlocking hockey and it wasn’t long before they took the lead with an unstoppable shot from Ella Scott (Kings Lynn)  Win 2 – 1

The second game started with a higher intensity and WGS had to work hard in defence to keep the Saffron Walden girls at bay. Tia Bideau (Kings Lynn) scored early to enable the WGS team to settle, but Saffron Walden found a gap and took advantage levelling the score at half time. WGS was not phased and started to apply lots of pressure to the defenders and Ella Scott took advantage by scoring from a well taken shot that cleared the head of the Goal Keeper to win 2 – 1

The Final game was intense with opportunities being missed at either end, but both Goal Keepers made several impressive saves. It was a nail-biting finale in the second half but fortunately, Tia Bideau found the net to level the score. Stephen Perse should have gone ahead shortly after when they hit the inside of the post twice and WGS scrambled the ball off the goal line. In the last few minutes of the game, WGS scored to take the lead from another Ella Scott goal and they worked incredibly hard to keep Stephen Perse at bay. Win 2 – 1