5th Form Pupil, Ashton Webb has been selected to train with Northampton Saints U17 Squad 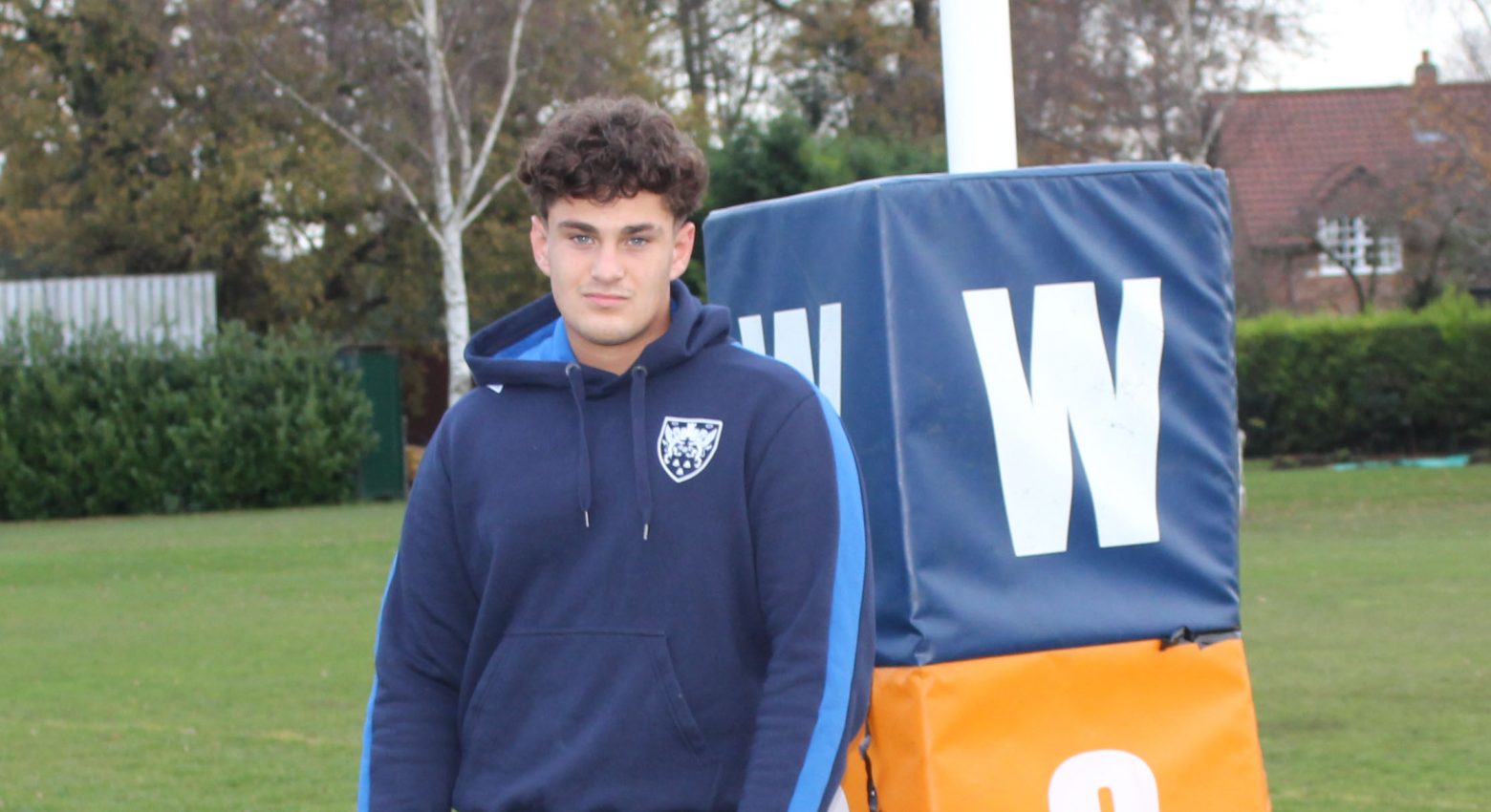 Ashton Webb joined the school in Reception class and has played Rugby from a young age, representing the age group teams, and is now a member of the School 1st XV squad.  He represented Hunts and Peterborough DPP at U13 and U14 level with the highlight playing in the annual Saints DPP Festival at Franklins Gardens, the home of Northampton Saints. Alongside this, he has regularly played for the WGS school teams, as well as playing for Spalding and Wisbech Rugby Clubs.

Due to COVID restrictions, opportunities for Rugby have been limited but the U16 PDG group training has been largely focussed on tactics, and strength and conditioning; delivered remotely by the Saints team. Training days were able to run in the October half term at Ipswich and Bedford.

Saints have now announced that training can resume in January and Ashton has been selected to train with the Northampton Saints U17 Squad at Bedford Athletic Rugby
Club.

“From the first session that I saw Ashton, I had no doubt that he had real potential to go forwards in the game. As the Hunts and Peterborough DPP Head Coach for Saints at the time, it was clear that we needed to support Ashton as he developed in our programme and give him the best chance to get into the PDG training groups. Now, as the Head of Rugby at his school, I get to work with him daily and have seen him develop his all-around skills. I am delighted that he has been given the opportunity to train with the U17 squad with Saints and am sure he will do very well. He is certainly one to watch in the coming months and years.” Simon Leader, Head of Rugby at Wisbech Grammar School.