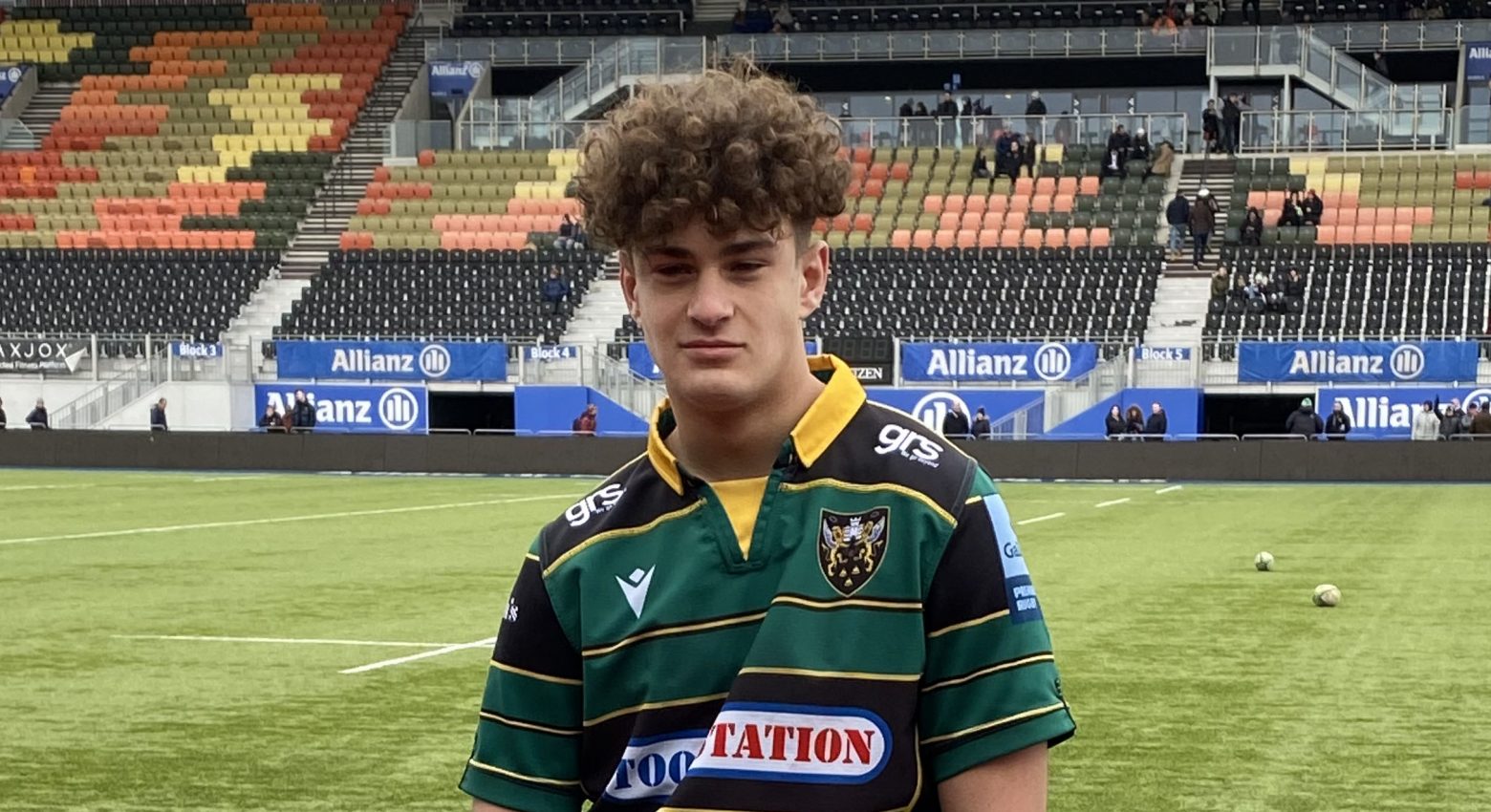 Ashton Webb has been with Northampton Saints DDP programme from the young age of 13 when he was selected to represent Hunts & Peterborough area. He has been working hard to increase his knowledge and skills of rugby whilst training and playing for Wisbech Grammar School, as well as playing for Wisbech and Spalding Rugby Clubs.

Ashton has represented Hunts & Peterborough DPP in U13 and U14 tournaments, and the highlight for him was to play at Franklin’s Gardens, the home of Northampton Saints, against the other Saints DPP areas.

This season he was selected for the Northampton Saints U15 Player Development Group, and he has trained at Colchester Rugby Club every Monday night, as well as attending forward specific sessions on Wednesdays.

Following these sessions, he was chosen to start in the second row for Northampton Saints U15 team against Saracens on 21st February at Allianz Park. The game was played on Saracen’s artificial pitch and was played at a frenetic pace on the fast surface. The game was a spectacle from both teams involved, playing attacking rugby, ending in a 35 all draw.