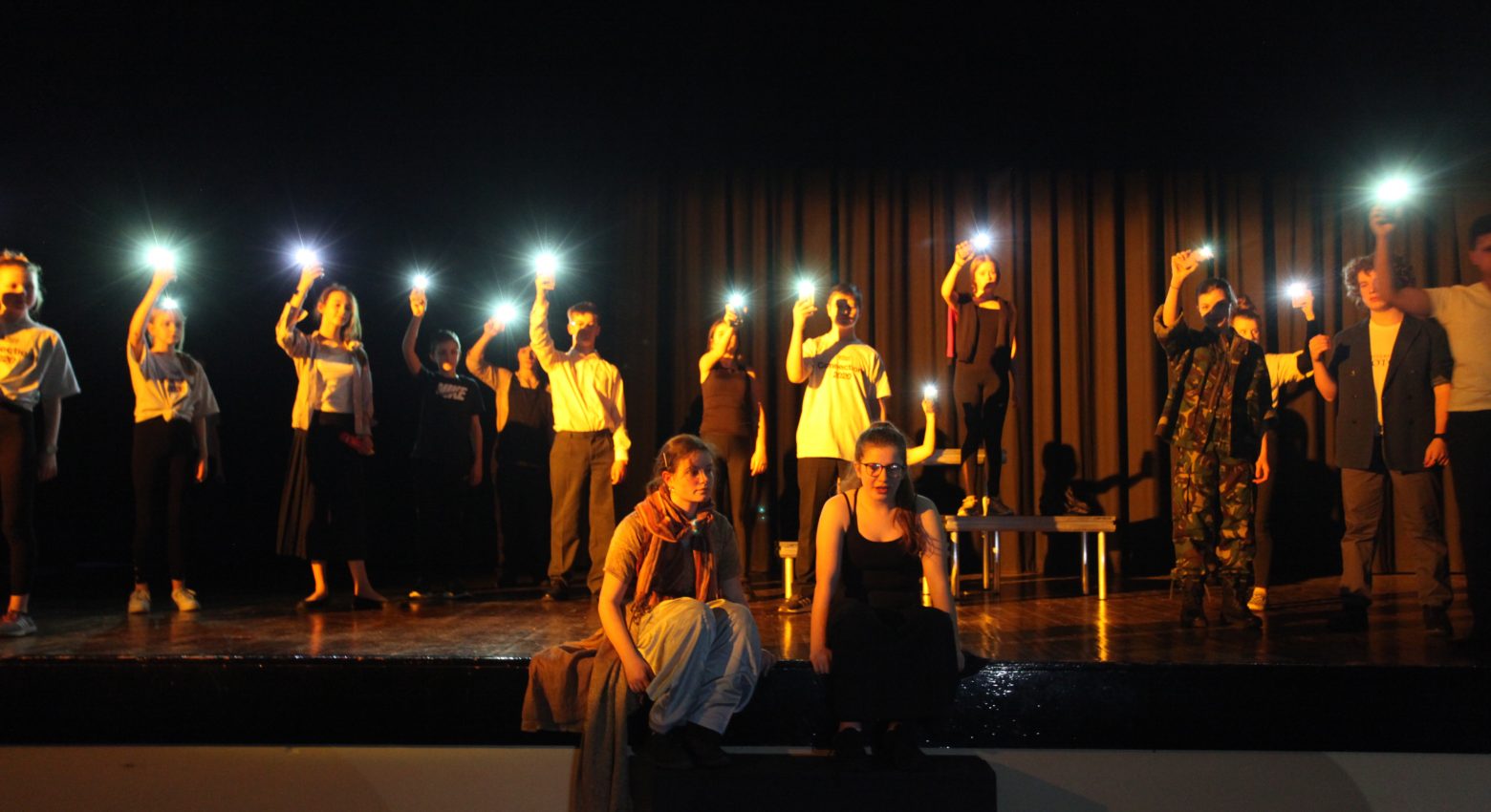 Building on our reputation for new and original writing, the Drama Department was delighted to be accepted into The National Theatre’s Connection programme in October 2019.  The Festival has been an annual event since 1995, with the NT commissioning ten new plays each year.  All of the 300 national and international companies made up of youth groups, schools, and theatre clubs perform at their own venue, then move to a professional partner theatre to be part of a local festival so we will be at Norwich Playhouse on Thursday 28 April, and then one inspirational production of each play is invited to perform at the Connections Festival in London in June. Participation in such a prestigious undertaking such as Connections automatically widens our pupils’ experience of physical venues, industry-led collaboration, and perhaps most importantly, to experience the transformative effect of standing in someone else’s shoes.

Frances Poet, the playwright, was inspired to write this powerful play following her research of the ill-fated medieval Children’s (or Innocent’s) Crusades, and the energy created by the more recent Youthquake movement.  Serendipity, and an increasing urgency for global action on climate change, then made us, as a populace, aware of Greta Thurnberg and youth activism; thus art mirrors reality in poignant relevance.

The challenge of the play is to effectively communicate the epic vision of physical, geographical and emotional distance given in the text.  Energy is required from both the company and members of the audience.  The structure means that each scene starts in the middle of an episode or a conversation, so the audience needs to catch up.  This is not a passive affair, nor is it, unusually, a final offering.  From these performances, we shall continue developing and rehearsing with the help of our Communications Director Kash Arshad, in preparation for the next phase in Norwich.

The play takes place over the course of one week: Monday in Wisbech, Tuesday on the American Mexico border, Wednesday on the Gazza Strip, Thursday in the shores of the Mediterranean Sea, Friday in India, and the weekend finishes on Jebel ash Shaykh, referred to in the Bible as Mt Hermon.  How these different locations could be presented was an exciting task for the creative team but the essential structure from the playwright was that ‘transitions from one scene to another should add nothing than the time that is necessary’ therefore set changes, costume alterations, and role-changes had to be minimal. We, as an ensemble company, have tried to harness this energy wave and have used little to suggest a lot.  This is also practical considering the necessity to tour the production to Norwich, and we have drawn on our experience of Edinburgh Festival Fringe venues to keep the technical effects as enhancements rather than drivers of the piece.

After the premiere on Monday night, the audience were asked to join in a Question & Answer session with the company and it was wonderful to hear the pupils talking so confidently about the process so far.  This is a young company but the short biographies in the programme show just how much experience they are have already achieved.  Perhaps the greatest compliment to our collective ambition was a member of the audience who said: “you couldn’t really say who had the leading role, there was nothing between them, the whole company made it such a strong piece.”