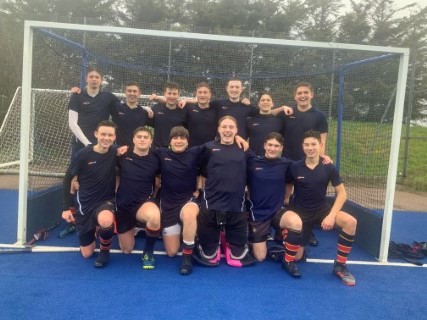 Wisbech Grammar U18 Hockey Boys have been crowned Regional Champions at the East Tournament at Redbridge Essex on Thursday. The first match was against Stamford School who they played and beat in the first round of the cup, just before half term with 5-0 win.

Their second opponent was Spalding Grammar School. This was a really close game with both sides playing well. James Kerry GK made some excellent saves to keep the scores level. But just before half time, WGS found the net after a great counter-attack. Spalding then levelled the score after a slip in concentration. It was very tense throughout the remainder of the game with lots of great hockey on display. WGS missed several shots on target which took the final score to 1 – 1.

The third and final game was the most competitive of all with a lot at stake for the Wisbech Grammar School boys. The game started with the Hitchin team applying early pressure and moving the ball around very well.  In the last 2mins of the game, WGS won the ball and drove it into the circle and put it on the foot of a Hitchin defender. The final whistle went and WGS pushed all their players up to the circle with clinical precision hitting the ball through the GK’s legs to win the game 2 -1.

“Winning this final game enabled WGS to be crowned East Regional Champions 2020, they now progress to the National Finals on 24th March at Reading Hockey Club. This is a huge achievement for the Team as this has not been accomplished at the school for many years”. Head of Hockey, Andrea Glover