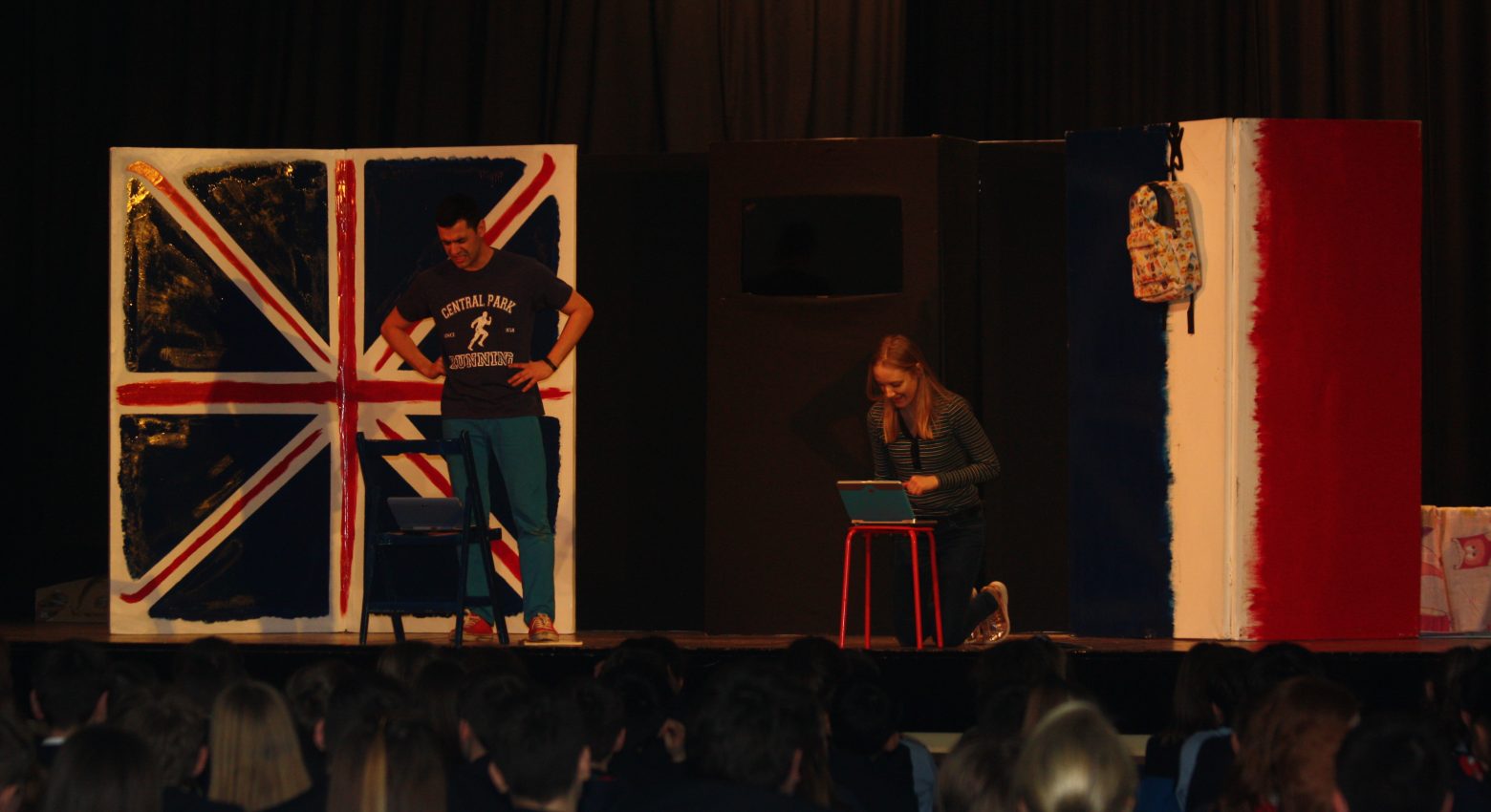 On Monday 2 March pupils from Prep 5/ 6 as well as 1st and 2nd Form enjoyed an afternoon matinee performance of “Ecris-moi”, a play in French, produced and performed by the Onatti Theatre Company. They tour the UK with various plays in French, German and Spanish for pupil at different Key Stages in languages.

Wisbech Grammar pupils were able to sit back and enjoy the spectacle whilst testing and consolidating their knowledge of French.  Much fun was had by all; there was a great deal of audience participation!

The play told the story of Ashley and Renée, new pen-friends who have been twinned by their respective schools. When Ashley gets a reply from Renée he is excited and replied. But Ashley thinks Renée is a boy and Renée thinks Ashley is a girl. Their mistake is only realised when Ashley accepts Renée’s invitation to visit her in France!

We look forward to hosting the Onatti Theatre Company again in 2021, perhaps next time performing a play in German or Spanish!