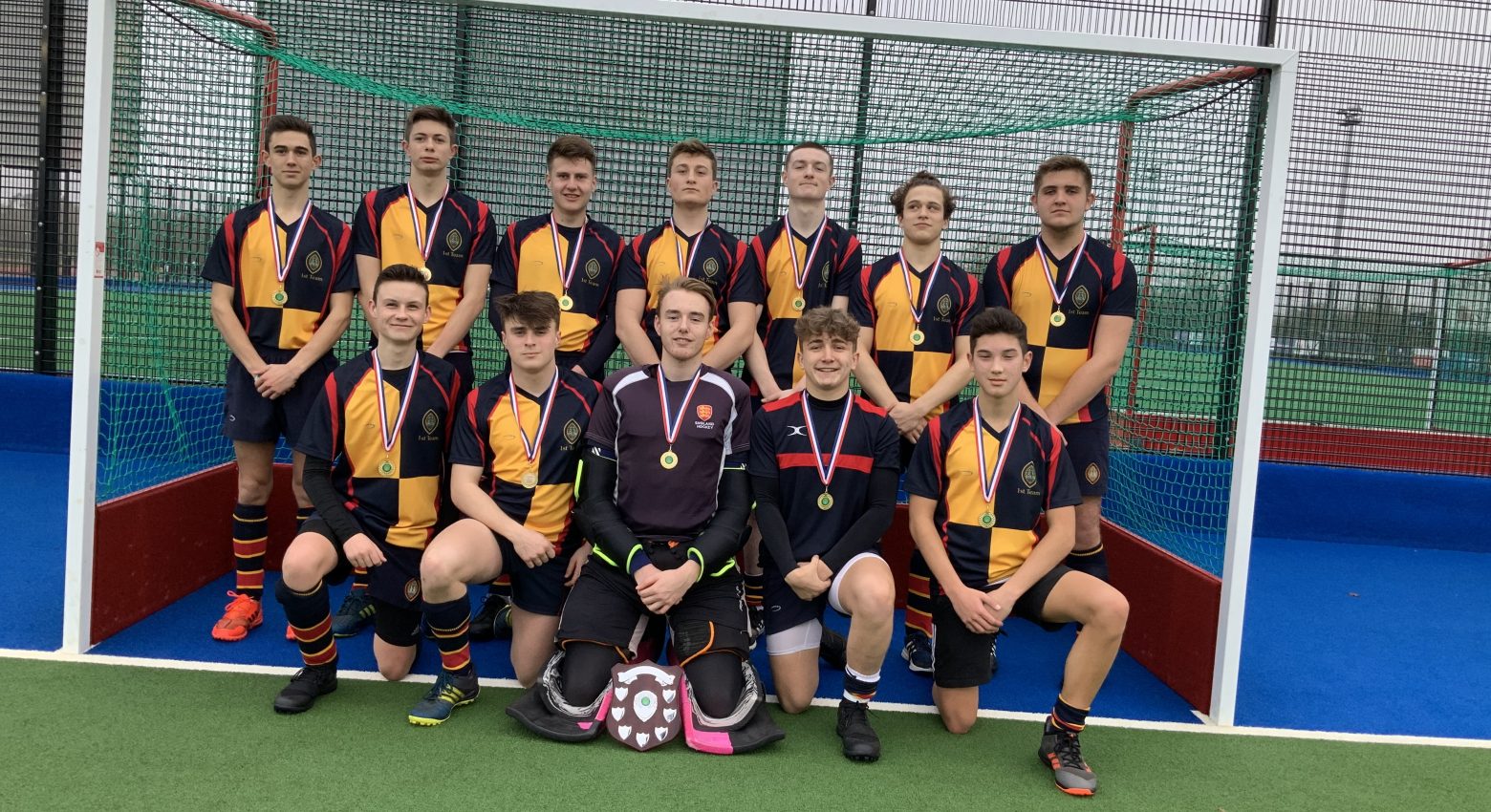 Wisbech Grammar School took part in the County U18 Boys Hockey County Championships on Wednesday 22nd January in Cambridge, competing against Saffron Walden County High School, last year’s County winners. The WGS team had a lot to live up to, as the WGS U18 Girls won the County Champs earlier in the year.
WGS U18 team has made considerable progress, which has enabled them to be very competitive within their gameplay. The game started with both teams working hard on and off the ball; this enabled both sides to find space and attack both circles. Saffron Walden opened their scoring account with a very soft goal. WGS soon re-grouped and answered immediately with a great attack, which Matt Goodley deflected a shot into the goal. From here on, WGS dominated the game and found the net another three times with Sam Phillips scoring and Matt Goodley getting his hat trick; at half time WGS were 4-1 in the lead. Saffron Walden bounced back quickly in the second half with two goals to take the score to 4 – 3. In the last few seconds of  the game, Saffron Walden was awarded a penalty corner. It was a very tense moment for everyone, but WGS coped really well with the pressure and watched the ball drift far out of the circle.

This was a great result for the WGS Boys Hockey and they will play at Redbridge in the East Round on Thursday 30 January.