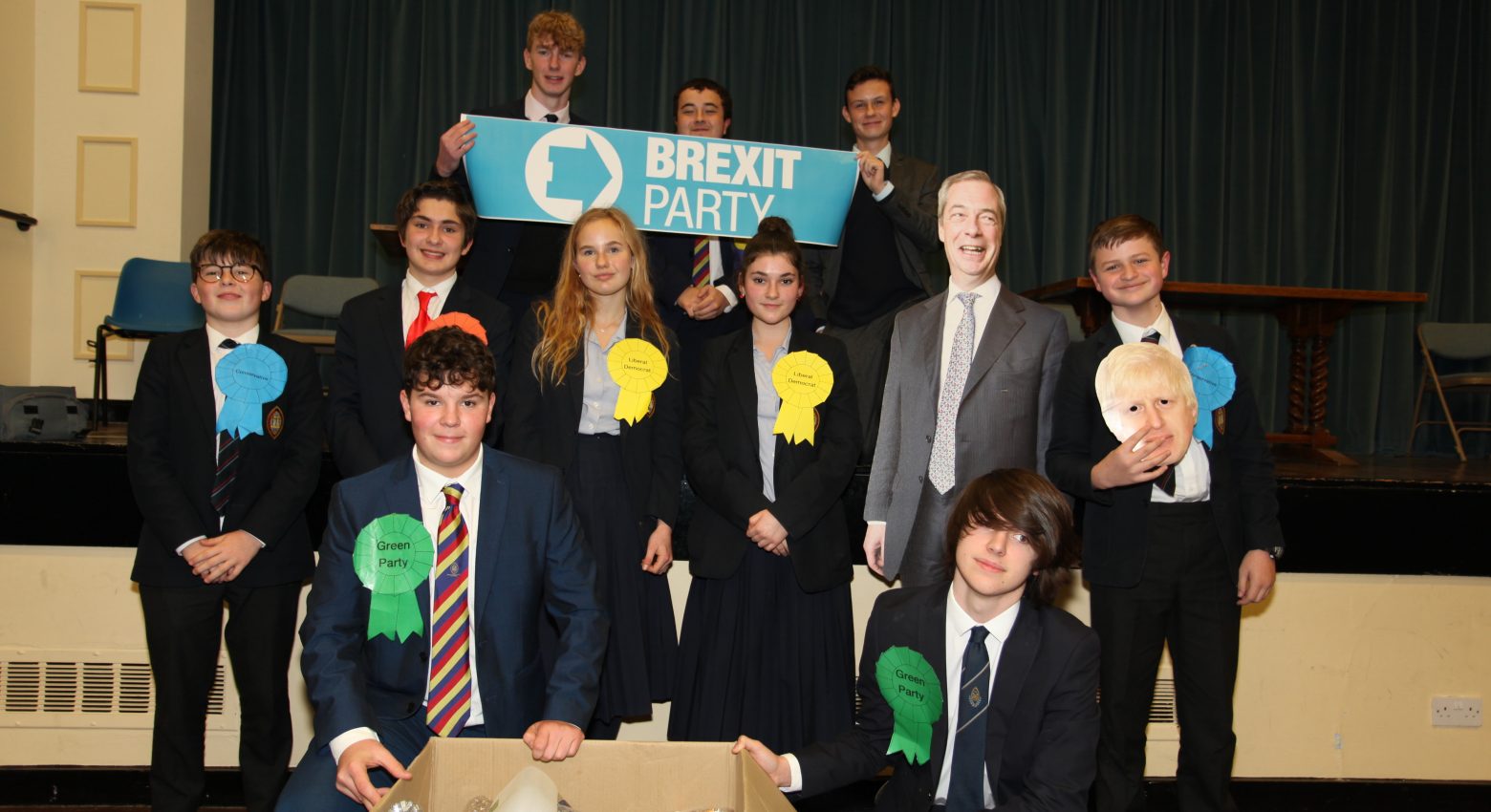 The mock election in WGS was held on the same day as the UK general election. All of the pupils in the Senior School had the opportunity to vote – as well as the staff – after hustings were held in the main hall.

Six political parties were represented – the Brexit Party, Conservatives, Greens, Labour, Liberal Democrats and the Women’s Equality Party. Voting by secret ballot followed immediately afterwards, with the outright winner being Ethan Croker of the Conservative Party. He won in every age group among the pupils. but was beaten into second place within the staff vote.

The speeches were colourful and controversial. The Brexit Party, led by Will Gilbert, was helped by a life-size cardboard cut-out figure of Nigel Farage, while the Greens (led by Angus Flint) emptied out a huge box of plastic bottles in a dramatic gesture of Britain’s wastefulness. The calm, reasoned delivery of the Liberal Democrats’ speeches (from Eden Chamberlain-Jones) was matched only by the Women’s Equality Party represented by 2nd Form pupil Betsey Paxton. Her bravery in the contest, debating against 6th Formers, won over many voters.

Pupils had the chance to grill the candidates with quick-fire questions, and many of these were targeted at the Labour candidate  Laurence Alecock – who fended them off with expertise and good humour. The result, in favour of the Conservatives, bucks the trend of the previous elections (2015 and 2017) in which the Greens were runaway winners.