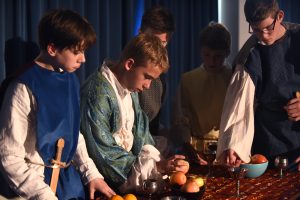 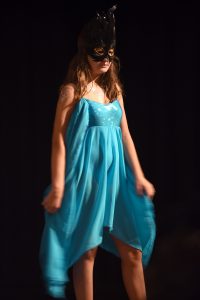 The Tempest was an extraordinary production involving the talents of over forty pupils, who generously shared their technical, make-up and performance skills with an enthusiastic and moveable audience.

The audience were whipped up into the sound and motion of Prospero’s tempest, and the multiple Ariel’s ‘flam’d amazement’ about the distressed mariners and Lords. Under the influence of powerful magic all were safely transported to several different locations around the school.

Duke Ellington’s cool jazz was the prompt for the audience to move their seats and enjoy a different perspective on the action, while live sound provided an ethereal underscoring that ‘give delight and hurt not’. 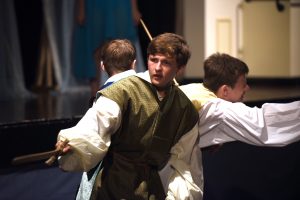 There were notable scenes in this ensemble piece: the drunken and confused scenes between Trinculo and Stephano who got into ‘such a pickle’ with Caliban were well paced and engaging with their physical comedy and truculent bickering, the masked and vicious Ariels’ berating the ‘three men of sin’, the potent fury of Prospero threatening Caliban and the heartbreaking beat left by the poignant Ariels’ as they asked ‘Do you love me master? No?’ 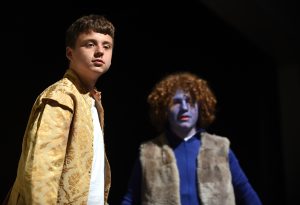 For all these high points and the reason that School productions are imagined and produced, is that there are always the astounding moments where audience and company collaborate to make memorable drama.

The frantic wit and word play was delivered with style and understanding that is seldom enjoyed on a school stage.  This was ‘such stuff as dreams are made on’ for both the memories that remain but also for the ambitions that now grow. 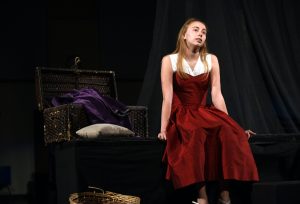