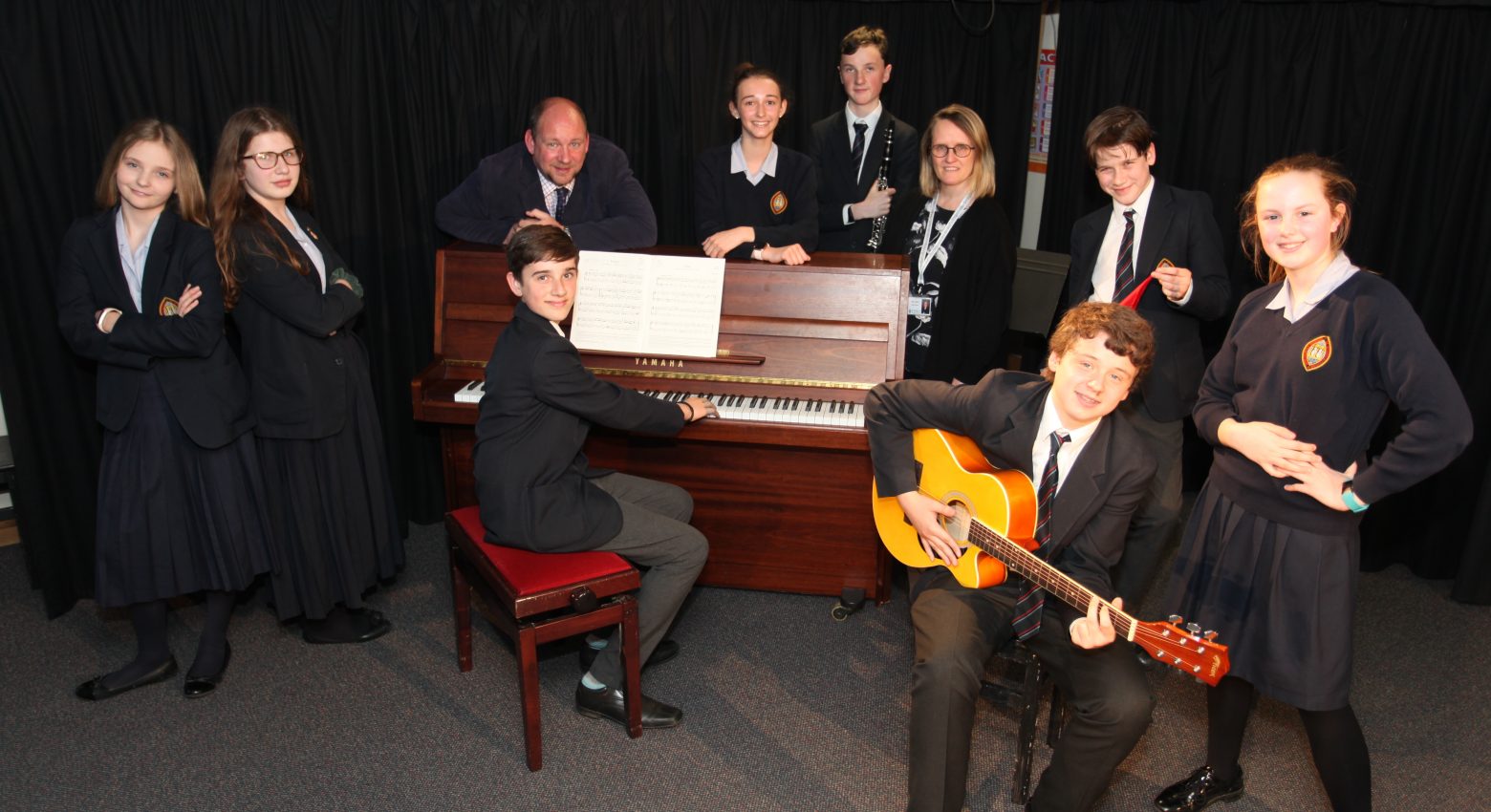 Pupils entertained the audience with a variety of performances for ‘Taking the Stage’.

As a seasoned pro, Miles Whittaker set the performance going with his astounding magic tricks.  Libby Baker was accompanied by Mrs Missin as she sang ‘Burn’ from ‘Hamilton’. George Ayling took a more classical stand and played the clarinet.  Mr Duncan instructed the worried, if strangely amused, audience about the most effective way of poisoning pigeons in the park, as written by satirist Tom Lehrer.

James Hall used the opportunity to try out two short pieces that he will be playing for his Grade 4 Piano exam later this term.  Callum Duncan strummed his way through ‘Alde Lang Syne’ on the guitar and Niamh Ward commanded our respect and applause with her virtuoso rendition of ‘You are the reason’. Charley Kirby and Ellie Dix rounded the show off with ‘What is this feeling’ from the ever-popular ‘Wicked’, which was thoroughly enjoyed by those who went on the London theatre trip in February.

This was another charming and thought provoking performance that allows pupils a platform to showcase their talents. 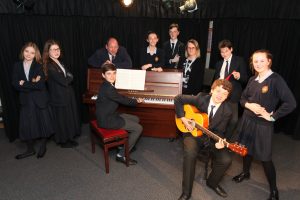 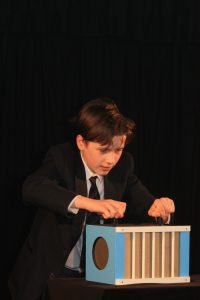 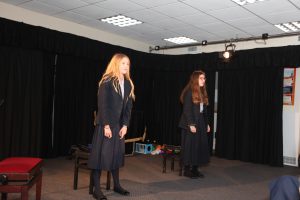