At the beginning of April, pupils and staff from WGS travelled to Southampton to take part in the ‘Student Robotics 2019’ Competition.  Pupils had been working hard since November 2018 designing, building and testing their robot.  Teams were challenged to control scoring zones with tokens while navigating an arena with raised platforms. Twenty-five scoring zones were arranged in a grid, varying in value from two for each of the outermost 16 zones, to the central “caldera” which was worth thirty points. Parking your robot in a zone tripled the points of that zone and the 4 adjacent zones.

After all 11 of their league matches, WGS Team finished 5th overall and at one point held the position of 1st, albeit for only a very short time. In the first knockout game, they came 2nd, qualifying for the quarter final, they met strong opposition, so did not progress further.

It was a fantastic opportunity and pupils thoroughly enjoyed the experience and atmosphere of the competition and would definitely encourage others to take part, and test their engineering and programming skills in the competition next year. 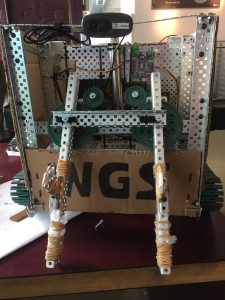 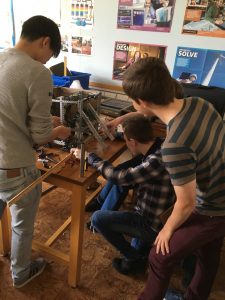 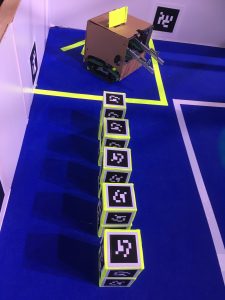 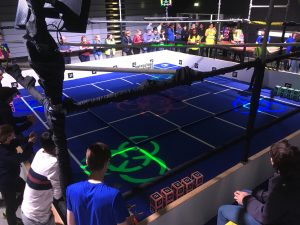