Fifteen pupils who plan to study Psychology next year, attended events held by the University of Cambridge. The afternoon started in a shipping container, watching the ‘Unkindest Cut’, a national touring show devised by an audio visual artist, in association with a consultant in adolescent psychiatry. It was an intense and moving performance, designed to explore how our own minds struggle to cope with modern life and mental health.

The next event ‘Investigating the Paranormal’ was held at the Cambridge University Library and was a private talk about the Society for Psychical Research; a group of eminent scientists with a shared interest in proving the existence of ghosts, spirits, and psychic phenomena.

Finally, moving onto the Cognition and Brain Sciences Unit where pupils were allowed to join in with numerous demonstrations testing memory, perception and attention, such as using eye gaze machine to test inhibition. The evening finished with five talks from Neuropsychology graduates about their research findings in artificial intelligence, training the brain after a stroke and the areas of the brain associated with depression. The day certainly gave pupils ‘ a lot to think about’ and a taster into the exciting world of Psychology. 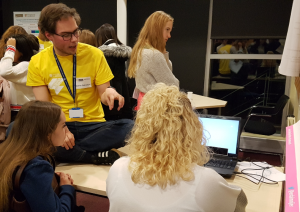 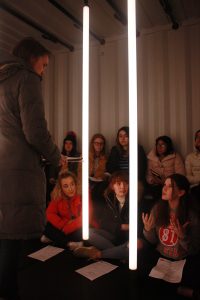