Fifteen 5th and 6th Form pupils visited Parliament and Whitehall as part of their A-Level course and the School’s Enrichment Programme on Friday 1 March. The highlight of the trip was a tour of the Palace of Westminster itself, including both the House of Lords and the House of Commons, Central Lobby and voting lobbies. The visit began in the medieval Westminster Hall, where Henry VIII played real tennis and past monarchs have lain in state.

The corridors of power were viewed across Whitehall, as pupils went to the gates of Downing Street and visited the Supreme Court’s Number One and Number Two courtrooms. Here, the Brexit Case brought by Gina Miller, was decided by all twelve judges. The effects of democracy in action was witnessed first-hand, as all of Whitehall and Parliament Square came to a standstill while London’s black cab drivers blocked all of the roads in protest about the new regulations.

Pupils also viewed some of the public art work and statues to “great men and women” – discussing how Churchill, Gandhi and Millicent Fawcett have been portrayed. A-Level pupils had prepared short talks about each of them and linked the figures to part of their course on the British Empire; Nelson had been put on the biggest pedestal in Trafalgar Square!

Although Parliament was clad in scaffolding, the impressive Victorian architecture was still plain to see. Everyone enjoyed the atmosphere of London and went away with new found knowledge. 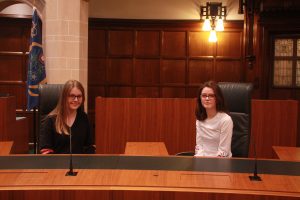 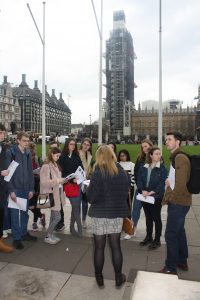