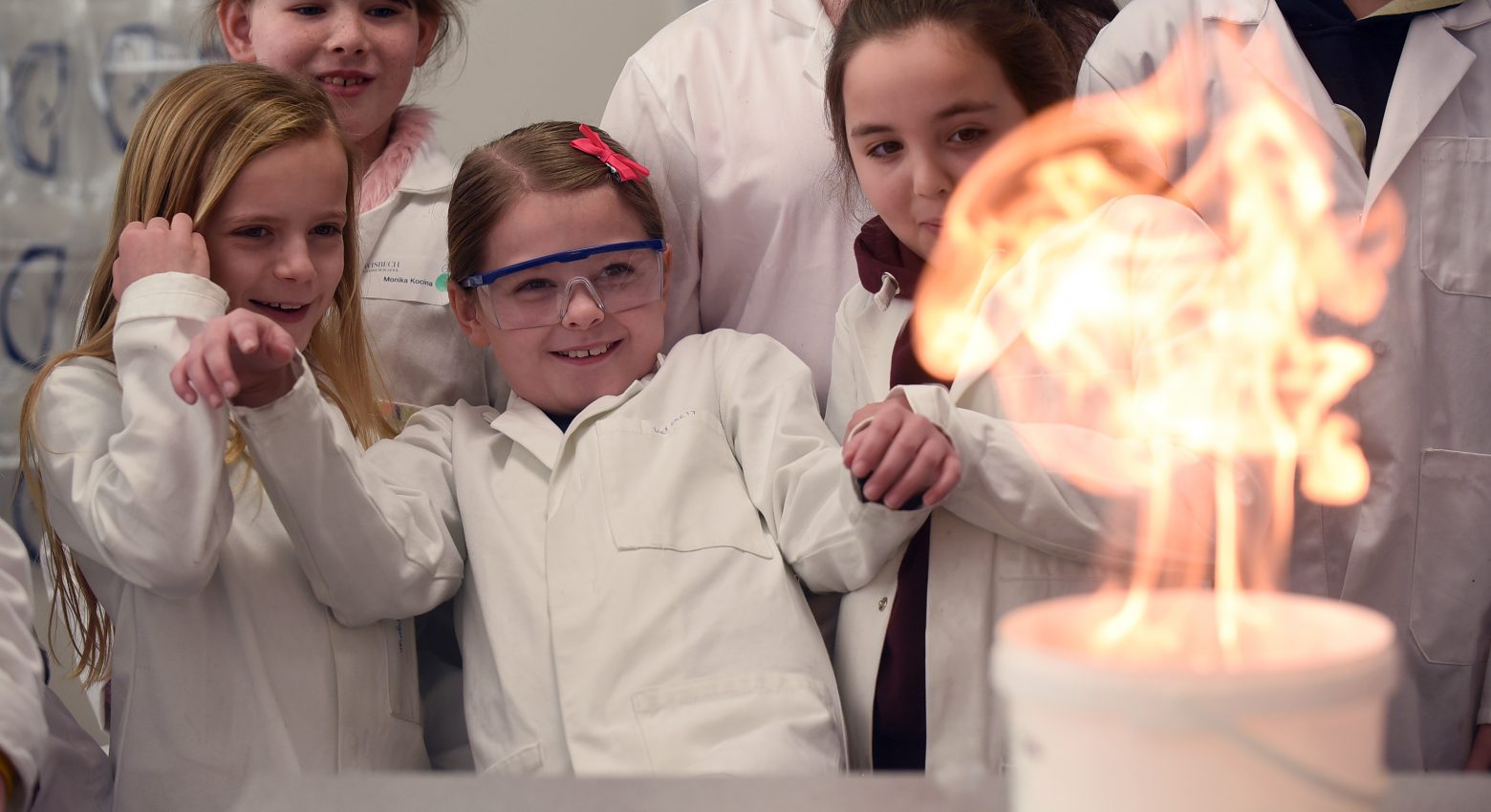 The snow didn’t dampen the spirits of the Year 5 pupils, who attended our Science Morning on Saturday 2 February 2019. The 54 year 5 pupils, from many different primary schools, started by getting ready into their lab coats before they began their Science taster sessions.

Pupils had the opportunity to explore the different Science sessions from blowing up tea bags, making bridges to hold a specific weight, to testing bones and making skeletons.

These sessions, delivered by our expert Science teachers took place in the Schools laboratories which allowed everyone to get more involved and gain some valuable hands on experience.

Dr Shillings, Head of Science, stated ‘It was fantastic to see the children’s confidence grow throughout the morning as they put their newly discovered skills into practice’

The pupils thoroughly enjoyed the day which was finished off with everyone being given certificates of achievement for their newly found skills. When parents were asked what their child enjoyed the most about the day, they responded with, “the experiments and being at the school”, “the flying tea bag experiment and making new friends” and “every single things from start to finish” to name just a few.

Wisbech Grammar School will be running more workshops in the future including; Languages, Maths and Performing Arts.