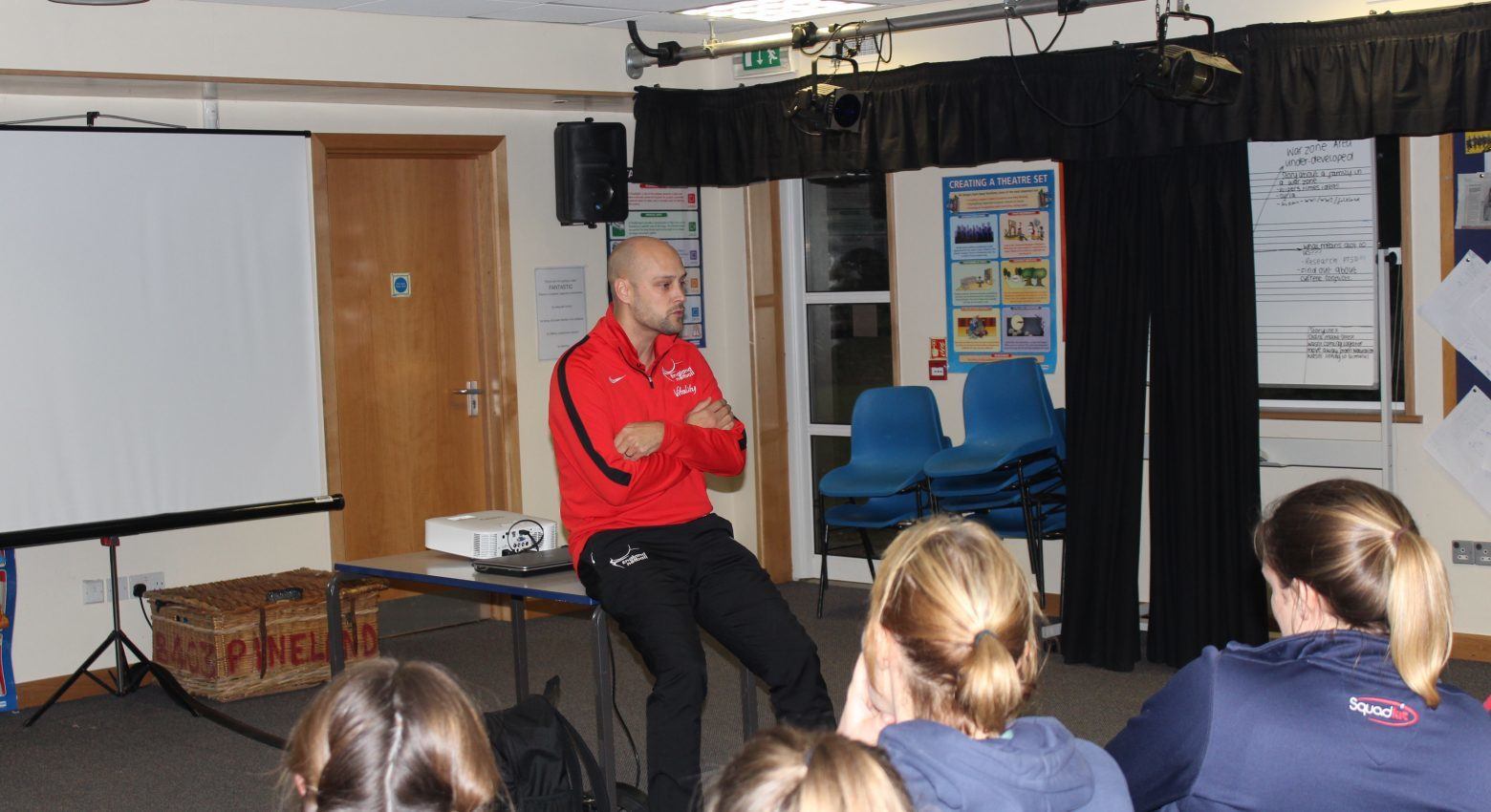 On Tuesday 5 February as part of our Enrichment Lectures, the School was very pleased to welcome Gary Burgess, a Super League and International Netball Umpire. He gave an inspiring and engaging Enrichment Lecture to pupils and staff about how he became involved in the sport and his career and experiences as an official.

Gary Burgess began his career as a netball umpire in 1998 and quickly became a well-recognised figure on the side-lines of netball courts up and down the country. A former PE teacher from Bedfordshire, Gary left his career in teaching to pursue the role of Head of Officiating at England Netball. He volunteers as an international umpire in his spare time, and his dedication to the role has seen him progress to umpire at some of the biggest international netball matches in the world, including the 2015 Netball World Cup final. It has also been announced that he will be part of the home World Cup in Liverpool as one of a team of 17 umpires who will be officiating at July’s Vitality Netball World Cup 2019 in Liverpool.

Gary spoke about his travels around the world and the amazing highlights in his time as an Umpire at the very highest level. These included;

He offered pupils a real insight into the industry and his expertise on how he became a successful umpire in a female dominated game.

Head of Netball, Mrs Goodier said, “It has been amazing for pupils to discover more about how they can be involved in top level sport, not just as a player. Gary made an important point when he told the pupils never to be told you can’t do something that you really love to do. He is part of a sport that is female dominated, but this has not stopped him from achieving his goal of becoming one of the best netball umpires in the world. The pupils were also given the opportunity to ask him lots of questions and spend time with him after the lecture”.

The key takeaway for pupils from Gary’s lecture was to never be told you can’t do something you love!

We would like to thank Gary for taking time to visit WGS and it has certainly inspired some of our pupils to want to be more involved in the industry and possibly one day become Umpires themselves and travel the world.