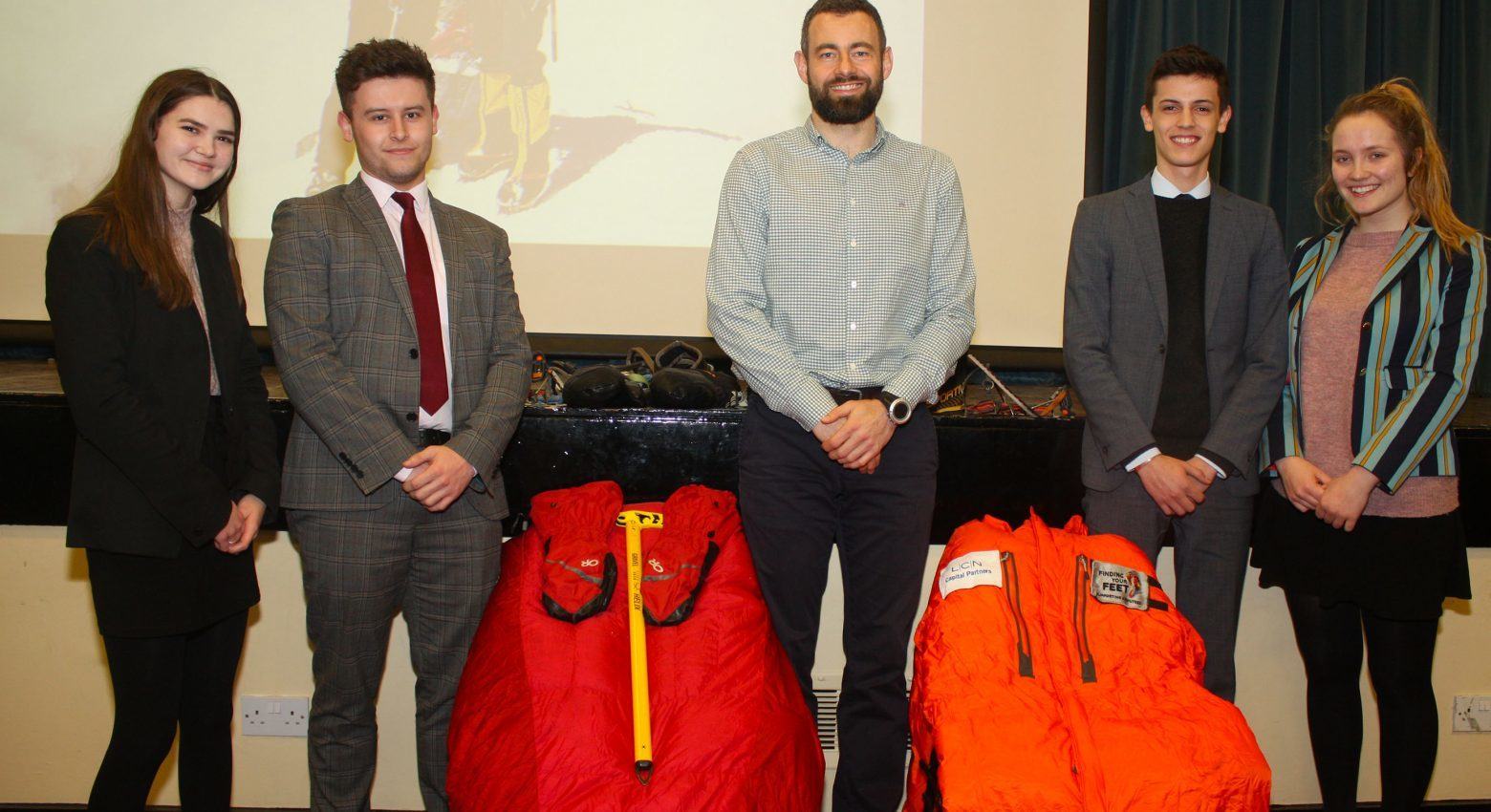 As part of our Enrichment lectures, pupils have the opportunity to take part and develop outside of the classroom with experts and guest speakers. On Thursday 8 of February, Ricky Munday visited the School; an experienced Mountaineer who has conquered Mount Everest and stood at the highest point on the earth’s surface.

In a fascinating talk, Mr Munday made clear how mountaineering and the challenge of operating in some of the world’s most hostile environments gave him both a meaning and focus to his life.

After a period of time working for the British Antarctic Survey, Mr Munday set his sights on Mount Everest. Although failing in his first attempt in 2017 due to ill health, a second effort the following year was successful and at around 6:15 am on Friday, May 18, Mr Munday reached the top of the world having climbed through what mountaineers refer to as “the death zone”.

As well as being a successful rugby player with Glasgow Hawks, Mr Munday eloquently described the challenge of completing the infamous Marathon des Sables in 2004 and how it helped give him the confidence to face up to life beyond an established comfort zone.

The importance of setting targets, following a dream, facing up to failure, being adaptable and learning from painful experiences were all thoroughly emphasised in a memorable Enrichment Lecture.

“For pupils, opportunities like this can change lives. I hope that as many schools as possible will take advantage of this opportunity to talk directly to a Polar Ambassador like myself on the world’s highest mountain and help inspire the next David Attenborough or Ernest Shackleton. The Polar Explorer programme encourages and supports schools who are keen to raise aspirations and attainment in Science, Technology, Engineering and Mathematics (STEM) and aims to inspire the next generation of Scientists and Engineers”. Ricky Munday (From Chartered Accountant to Polar Ambassador)