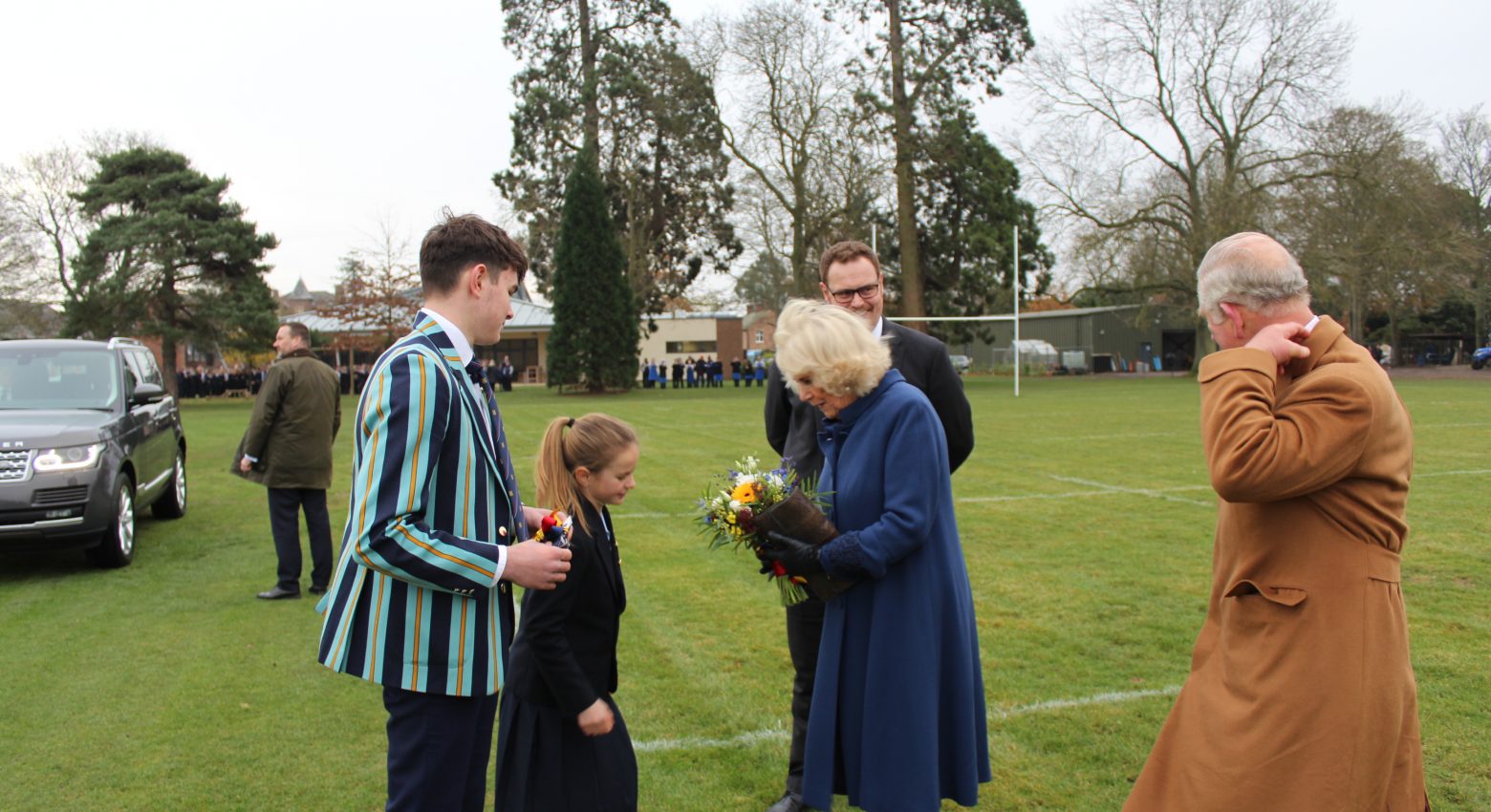 Arcadia Baroque Group, directed by Mrs Harding, were delighted to be asked to be part of the event held at St Peter and St Paul’s Church for the visit of HRH Prince Charles to Wisbech on 27th November. The group is made up of 7 musically talented pupils from Prep 6 through to Upper Sixth. They focus on playing music from the eighteenth century and are accompanied and led from the harpsichord by Mrs Harding. They worked extremely hard in rehearsals to prepare music which provided a lovely background for the time that the Prince spent in the church. When Prince Charles met the Group he said he had enjoyed the music immensely and that it had reminded him of when he played the cello at school and university.

Prince Charles congratulated the group on creating such a beautiful atmosphere at the event and was impressed to hear that one of the pieces performed was composed by Gabrielle Ayling (L6), who plays flute in the ensemble, as part of her GCSE course work.