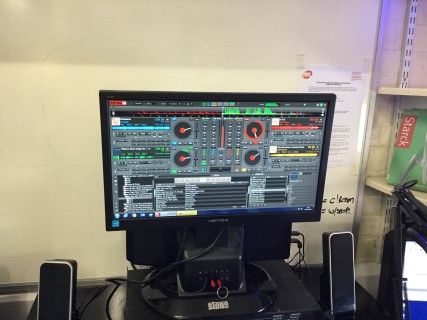 Period 5 (1.40pm-2.20pm) and twilight sessions after school provide a rich variety of opportunities which we hope will excite and challenge, to extend a current passion or to find a new one. There are choices from cultural, creative, academic extension and support, sporting, musical, dramatic, recreational, the Duke of Edinburgh’s Award Scheme and opportunities in the DT workshop.

There is almost anything and everything from Shakespeare to Steel Band,  Archaeology and Astronomy, Biology to Book Club, Philosophy to Politics, Young Enterprise to Young Engineers, Warhammer to Wind Band.

The idea of operating a radio station came about as the group wanted to work on a project that could benefit all of the pupils at WGS.  All of the equipment used to develop the radio station has been kindly donated by the Performing Arts department. Mrs Duncan was very helpful and gave pupils a mixing desk, headphones, speakers and an amplifier. To date, the whole station equipment set up which now broadcasts to the DT workshops and podcasts to Firefly (which is the software used by the School) has only cost £45.00.

Thanks must be extended to Mr Logan (Head of Co-curricular) after he organised the broadcasting on a month’s free setup license with the radio station is fully licensed with the national PPL radio licensing and broadcast authority. This means the pupils can broadcast current songs and pass on news, weather and period 5 notices!

Pupils can support the aptly named station “P5aLive” by listening to their recorded broadcasts on the P5aLive area on Firefly in School or live when in the DT workshop.   See below for a short video of the team talking about their experience.