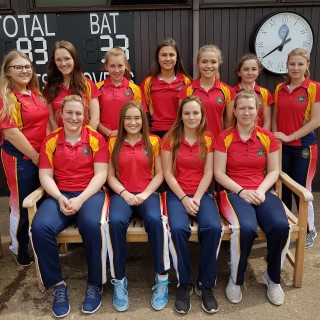 The girls’ Cricket 1st XI have started the season in style, beating Oundle by eight wickets. Top scorer with the bat was Issy Oldershaw-Ellis, who carried her bat from the first to the last ball of the innings scoring 33. Hannah Lemmon and Eliza McDonald both bowled well with Eliza finishing with figures of 4 wickets for 13 runs from her four overs. A fantastic team performance. 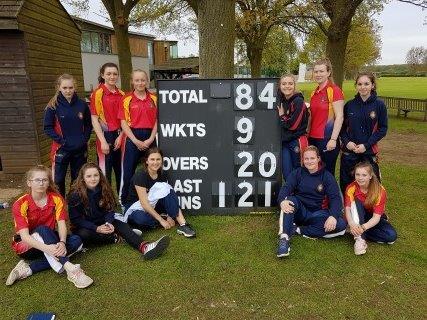 The girls’ U16 team has continued the winning theme against Oundle. Batting first, the team which consisted of a mixture of girls from Forms 3,4 & 5, started well against a good pair of opening Oundle bowlers, an early wicket did dent the girls’ confidence, and Annie Bennett and Eliza McDonald soon started to pile the pressure on the opposition with excellent running and communication. Eliza managed to top score with 25. The WGS middle order completed the innings in fine style, pushing the score to 121 for 4, from 20 overs.

Chasing such a high score the pressure was on Oundle and with the knowledge that a tight bowling and fielding display would decide the fixture the WGS girls set about defending their total. There proved to be a great strength in depth within the team with seven girls able to add to the bowling attack. The Oundle wickets fell at regular intervals throughout their innings. The pick of the bowlers was yet again Eliza who finished with 4 for 14 from her four overs. She was well supported with some excellent fielding and catching. Oundle completed their 20 overs scoring 84 resulting in a 37 run win for Wisbech.

Congratulations must go to the whole team for their performance, particularly those girls from the younger years who showed great confidence and ability.