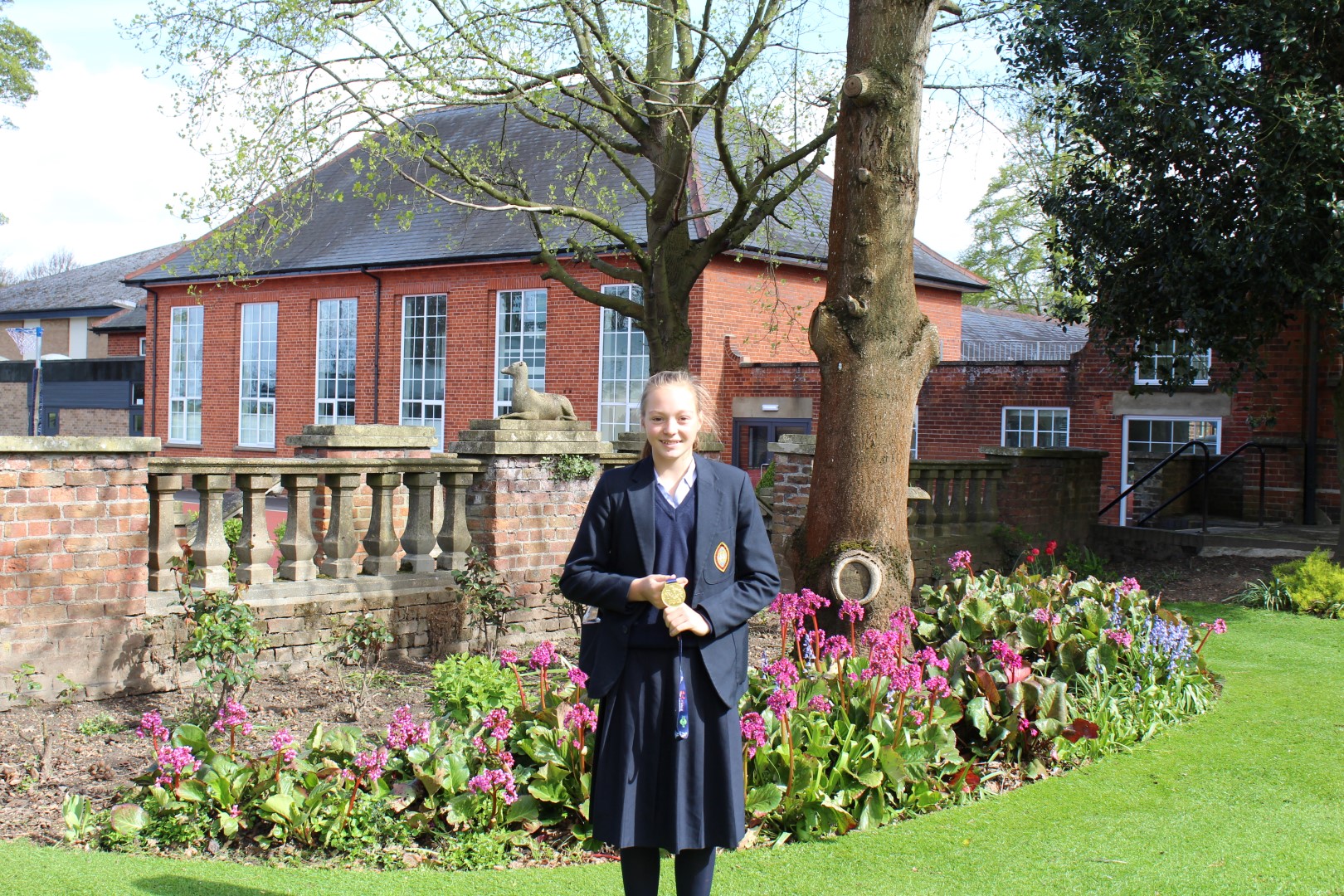 Alana had to compete a compulsory and voluntary routine.  After the preliminary rounds Alana was in 4th place going into the final.  This meant that Alana was awarded 50 points.  The top eight from the group compete in a final routine.  Alana held her nerve and produced her best routine of the day which put her into 1st place.

The next qualifying competition is in Cardiff on the 26 & 27 May.

At the end of the competition season, the points from the competitors’ best two competitions are added together, and as Alana’s group is extremely large the top 24 girls will then get to compete in the National finals in Sheffield in November of 2018.

I feel very proud and excited for my future in trampolining”.