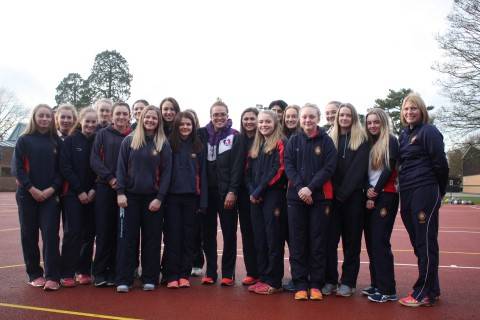 The courts are in the centre of the School campus and a centrepiece for WGS sport, demonstrating the School’s commitment to girls sport. Its netball teams have been training on the new courts for the past few months. With excellent coaching and training, the girls’ netball teams are starting to see positive improvements to their game with a great start to the season across all age groups.

Nat officially opened the courts, and then spent time coaching the girls’ 1st and U15 teams and passing on her valuable advice and experience.

In August 2016, she received her 1st Senior International Cap for England against Australia!

After cutting the ribbon which officially opened the courts, Nat Panagarry said: “Thank you to everyone at Wisbech Grammar for allowing me to coach your senior netball teams. The girls worked incredibly hard all session, and it was great to see all of them trying new set-ups during match scenarios.  I am extremely impressed with the facilities at WGS and of course, the newly laid netball courts are fantastic. I wish the girls the best of luck in their upcoming fixtures”.

“As Director of Sport, I am incredibly proud of this new facility and the benefit it provides for our netball programme.”  Phil Webb 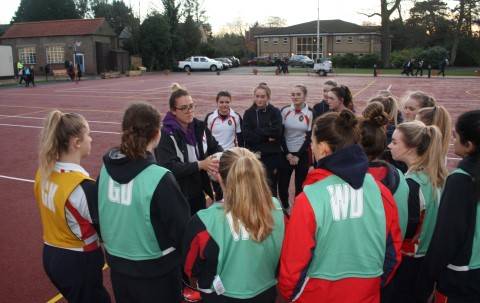